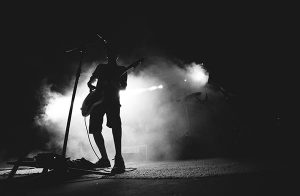 On 30th November we will be holding our very first fundraising event at the Arkley Golf Course, Hertfordshire. It’s going to be a fantastic night, we’re all really looking forward to it. We’re limited to 100 and at the time of writing we have sold all but a couple of places. Our next fundraiser night will be in Yorkshire in the new year.

We will be entertained by an awesome band ‘Little Wing’ who will be performing for the very first time. Where does the name Little Wing come from? It’s named after a Jimi Hendrix song with some great lyrics.

That’s all she ever thinks about

It’s alright, she says
It’s alright
Take anything you want from me
Anything

We are really fortunate to be joined by Mr Steve ‘Craggsy’ Craggs who will be performing a bit of comedy stand-up. Having seen his last act, I can confirm he is side splittingly funny, I just hope he’s adapted it a little for a family audience.

We are delighted that Jack Mabon will be joining us all the way from Manchester. He is a fantastic talented young magician who will amaze you with his sleight of hand.

A huge thank you to all three acts who have all volunteered their time.

In addition to the entertainment we’re hoping to hold a charity auction and a raffle. If anyone would like to donate a prize then please contact chris@bigclittlewarrior.org

“No one has ever become poor by giving” – Anne Frank

Use our handy news filters to find what you’re looking for quickly. Search by keyword, category or tag.