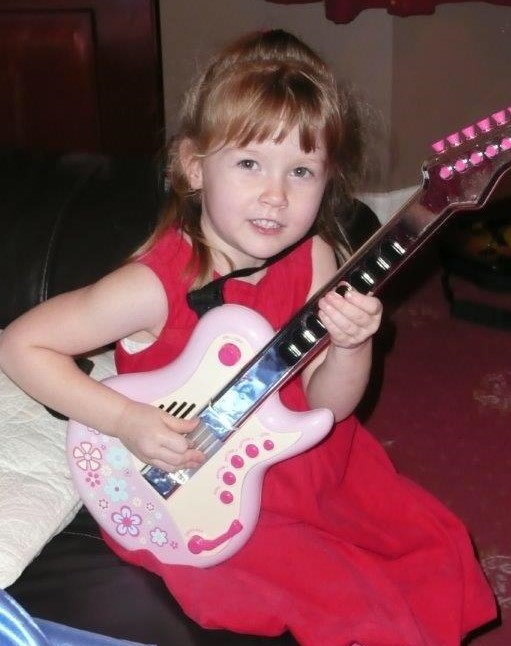 Laura was 9 when she was diagnosed with Medulloblastoma, a high grade malignant brain tumour.  She had surgery within hours of diagnosis, then undertook a course of radiotherapy and chemotherapy for the next sixteen months.

Within weeks of diagnosis Laura had decided that she wanted to organise a bake sale to help other people. The bake sale raised over £8,000 for The Sick Childrens Trust

The fundraising did not end. Laura got together a band of knitters to knit over 300 snowmen which raised over £2,000. This was shared between Firefly Cancer Awareness & Support and Sheffield Childrens Hospital. 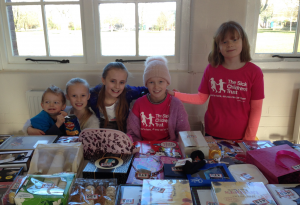 Laura remained stable for four years and she managed to return to school. She was very proud to pass her grade 1 guitar exam. Unfortunately, early in 2019, Laura began exhibiting worrying symptoms and the devastating news was confirmed by an MRI that there was something which required further investigation. The biopsy established that she had a malignant tumour, but it took some time for an accurate diagnosis. Tragically, it was discovered that she had a Glioma, a grade 4 tumour for which no curative treatment was available. 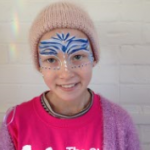 Even though Laura was dealing with this new diagnosis she still wanted to help others, so she decided that she would set up a You Tube channel Big C Little Warrior to assist other cancer patients. She made vlogs giving her hints and tips on living with cancer along with interviewing hospital staff.

Laura’s achievements have been recognised and she received an award by Yorkshire Children of Courage 2019 for Special Recognition 13-18 year olds.  This is in recognition of individuals who the judging panel consider to be the pride of Yorkshire.

Laura’s career ambition was to be a beauty therapist and she was learning to do manicure and gel nails before the cancer returned. Laura had surgery to remove as much of the tumour as possible, along with chemotherapy, but she lost her battle with cancer on September 11th 2019.   Laura passed away at Bluebell Wood Children’s hospice.

In Laura’s legacy we have created Big C Little Warrior to continue the amazing charity work which was so important to her.